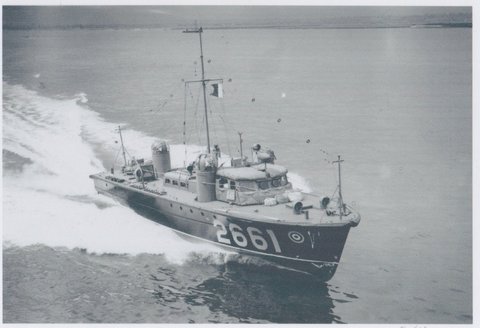 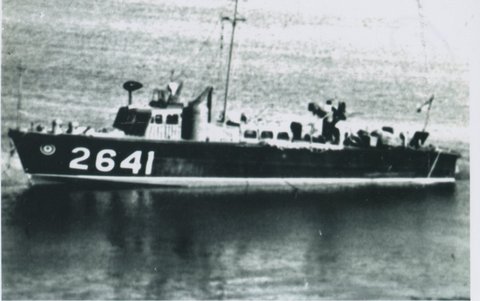 HSL 2641 which recovered the suitcase full of cash from the scene of the crash of a Warwick transport plane off Watergate Bay in April 1944. 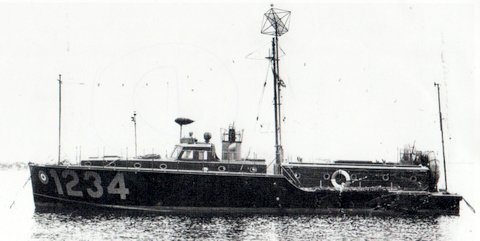 Pinnace 1234 equipped with a special mast to enable Liberator aircraft from St Eval to locate by radar on training exercises to bomb enemy submarines. 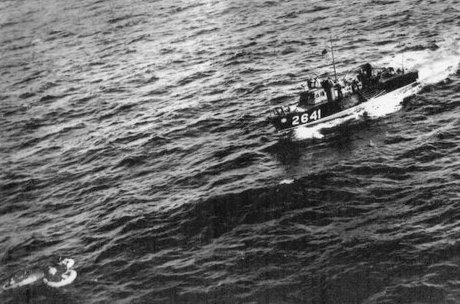 HSL 2641 approaching three dinghies containing American airmen whose Liberator aircraft was shot down by two German fighters as at was returning from a mission to search for German U Boats on Valentines Day 1944.  One of the American airmen wrote later, “I shall never forget the brave English sailors (of the RAF) who risked their lives to rescue us.” 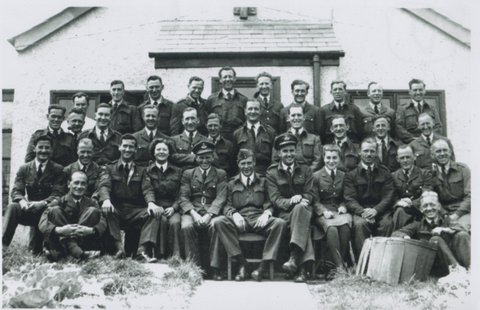 Members of No 44 Air Sea Rescue Unit in 1944 (fitters on duty). Seen outside of their HQ at Hawkers. 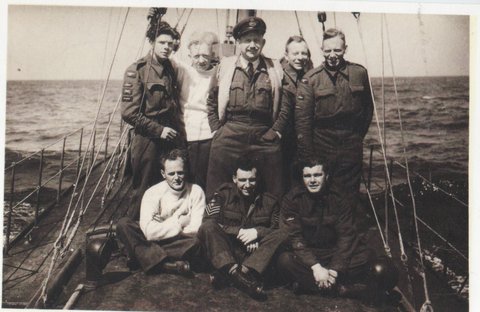 With Flt Lieu John Moralee who commanded the ASR base at Hawkers Cove. Seated bottom right Ron Huntley who visited the museum in 2012 at age 90, he  presented a plaque commentating the ASR base in Padstow. 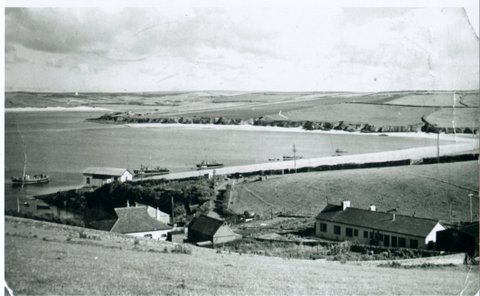 1940’s picture of Hawkers Cove showing the Lifeboat Princess Mary and two RAF Launches.  Background shows Gun Point at that time defended by Artillery and the cliffs along the beach which have since been hidden by sand dunes. 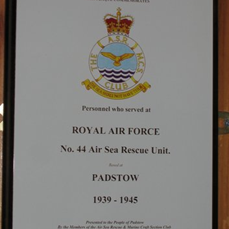 John Stephens. Landlord of Ship Hotel where Plaque is displayed.

Derek Charles who researched and wrote this article for us has been asked by the Air Sea Rescue & Marine Craft Section Club if we in Padstow would like a Commemorative Plaque erected in a public place. (it has to be indoors) to acknowledge the important role played by these men during WWII

John Stephens at The Old Ship Hotel has agreed to display it in his Lifeboat Corner which we felt was the  most appropriate place.