Few who visit the busy Harlyn Inn complex today will be aware of the fascinating past beneath their feet. 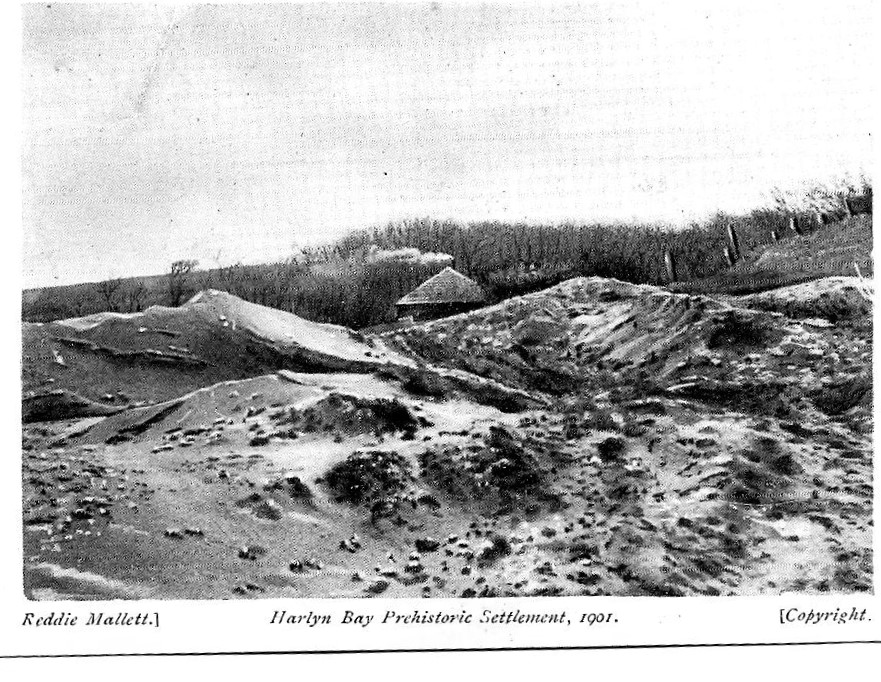 In 1900 Reddie Mallett, digging foundations for a new house behind the beach, found a cist grave containing human remains.

The Royal Institution of Cornwall appointed a supervising committee which included the respected author and scholar, Rev Sabine Baring-Gould.  Over the summer of 1900 the committee excavated approximately 100 graves. Some of the artefacts and skeletons were donated by Mallett to the Royal Institution of Cornwall. The site was roughly dated to the Iron Age (c. 800 BCE – 43 CE) based on the style of brooches recovered from the graves.

The following year Mallett opened a museum at the cemetery site with some of the artefacts and cist burials on display. He continued excavating for the next five years with the assistance of other local scholars, unearthing roughly another 30 Iron Age graves. 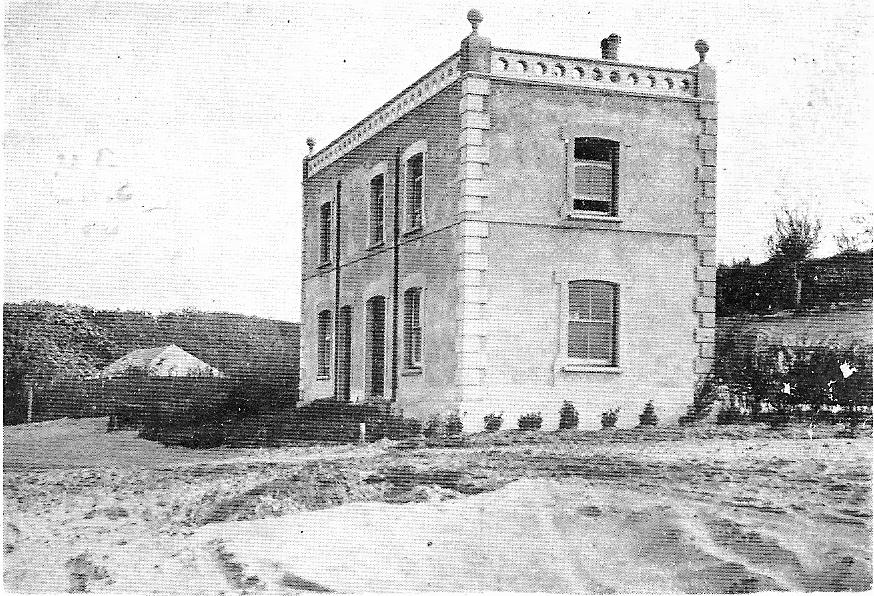 No complete report was ever written for the excavations at Harlyn Bay. However, Rev Robert Ashington Bullen, a geologist assisting Mallett in his excavations, wrote a brief account of the excavations, the museum, and other local archaeological discoveries in the early 1900s. Three editions were published and it sold widely in the 1920s - 1930s to visitors to the site.

Included in these booklets were images and rudimentary skeletal analyses of the skulls excavated and displayed from the Harlyn Bay cemetery and the neighbouring medieval ruins of Constantine Church on Constantine Bay. 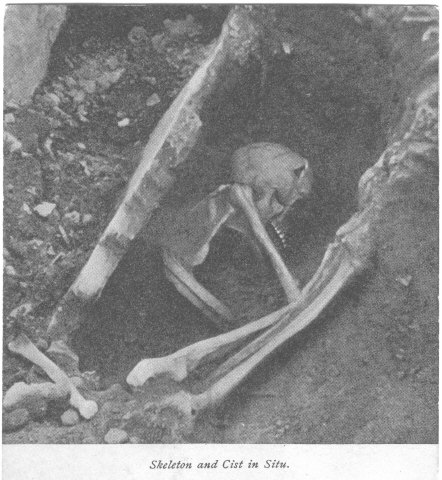 The skulls on display in Padstow Museum are two such examples from the Harlyn Bay Museum. For many years both skulls were thought to be from the Iron Age Harlyn Bay cemetery. However, University of Wisconsin-Milwaukee anthropology and archaeology PhD candidate Alexis Jordan was able to match these skulls with images in Bullen’s booklets. These images identified the skull labelled TRURI: 2019.18 (image 8) as recovered from the midden (refuse heap) near the ruins of Constantine Church (Bullen 1912: 80, 91- Skull No. 5). The skull labelled TRURI: 2019.17 (image 9) was associated with an image of a Harlyn Bay skull recovered outside a cist burial (Bullen 1912: 79, 85, 91 Skull No. 3).

Jordan’s research is still ongoing but her new identifications of the skulls have been corroborated by scientific (radiocarbon) dating of the jaw bones (mandibles) that she commissioned in-part with funding from the Cornwall Archaeological Society. Skull 2019.17 dates to the 1st century BCE- 1st century CE (Late Iron Age) while 2019.18 dates to 5th century CE- 7th century CE (Early Medieval).

Jordan has also conducted updated skeletal analyses and determined that both individuals were women between the ages of 35-50 years old. 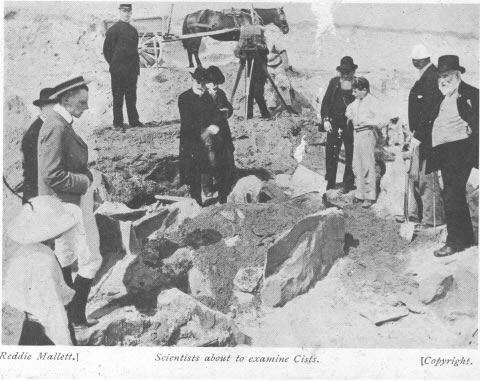 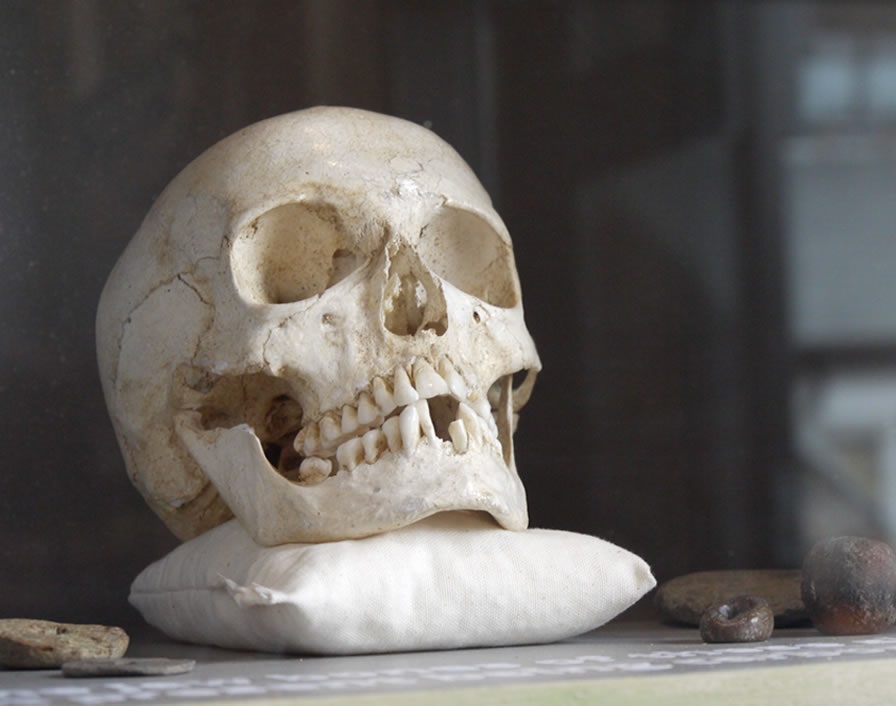 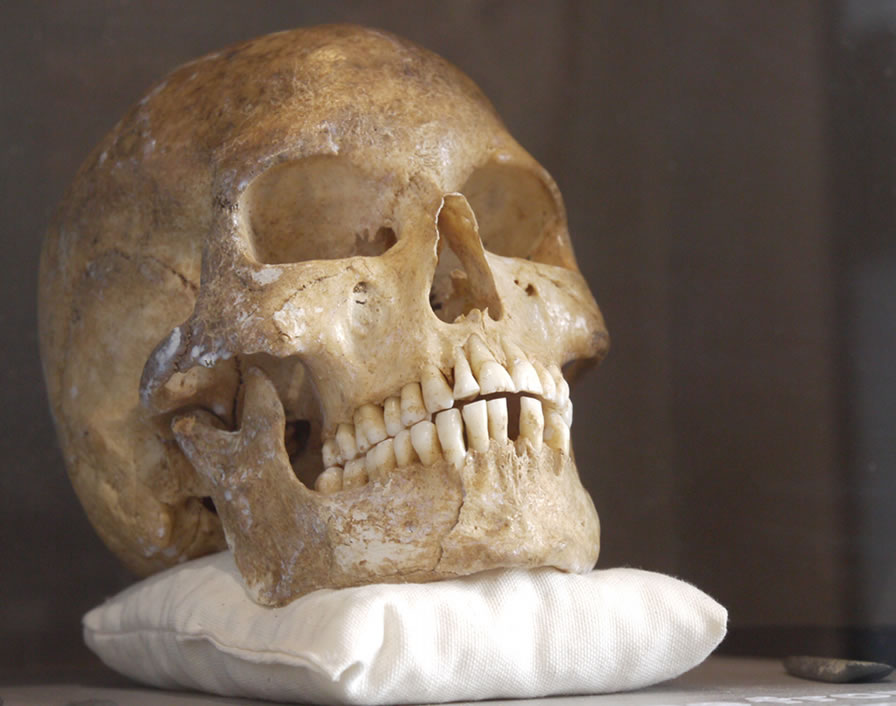 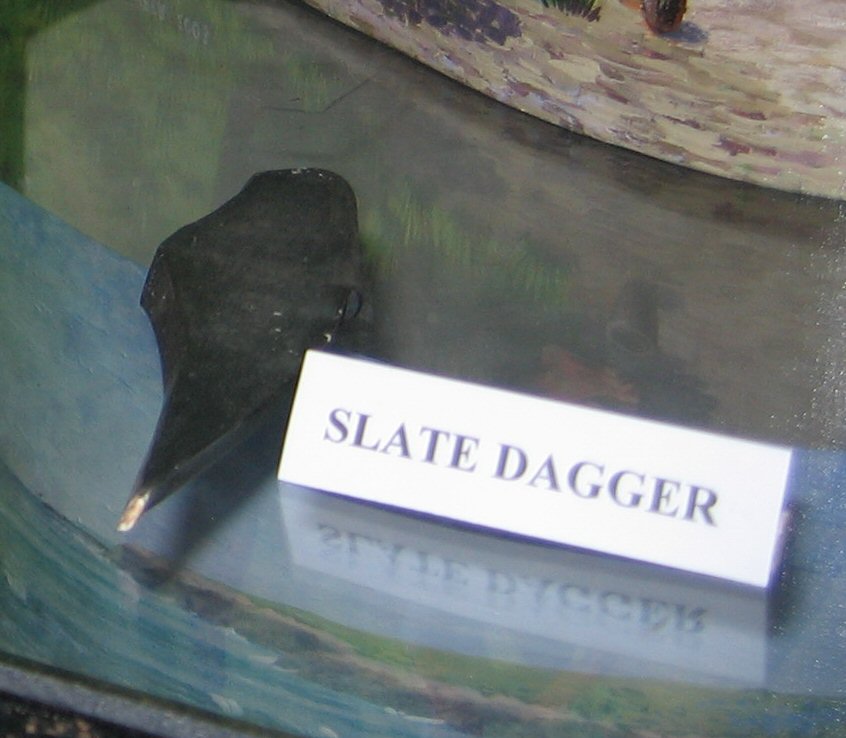 HARLYN BAY BURIAL GROUND – Iron Age In 1866 when Mr Hellyar’s workman was seen wearing shiny trouser ties his employer was told that he had found them in a pot on the cliff near where they had been working and thought the ‘bits of brass’ would come in handy. Thinking they were of greater importance Mr C.G.Prideaux-Brune of Place in Padstow was consulted and the items handed over to the Royal Institution of Cornwall at Truro.

The Duke of Cornwall later King Edward VII claimed them as Treasure Trove and the rare Gold Lunulae from the …..c  they turned out to be were deposited in Truro Museum ‘for the permanent gratification of public curiosity’. Some 34 years later in 1900 a Mr Reddie Mallett digging foundations for a new house at the back of the beach came across a grave cist containing human remains.  The RIC were again alerted and this time appointed a committee of worthies which included Rev William Jago of Bodmin and the Rev Sabine Baring-Gould from Lew Trenchard. The ‘enthusiastic and energetic’ Mr Mallett under their supervision spent some of the next five years unearthing up to 130 Iron Age graves. The house ‘Tamariska’ was built and a museum to house some of the remains. A set of postcards of the dig were produced by Reddie Mallett that show the methods used and the appearance of the graves.   A Book was also published written by Mr Ashington Bullen that unfortunately is lacking in detail but was sold widely in the 20’s and 30’s to visitors to the site. A cluster of buildings would grow up catering for the holiday trade as the advert placed by Mr and Mrs Bellars indicates. In 1976 the property having passed to Mr Wilson Claridge the museum was closed and items passed to the museum at Truro. Changes to the building gave an opportunity for Cornwall Archaeology Unit to investigate the site and reconsider the earlier finds.

Excavations revealed a circular stone building beneath the levels  of the later Iron Age cemetery. This was considered to be some sort of covered shrine or mortuary house. The presence of a foundation burial further indicating this. Few who visit the busy Harlyn Inn complex in summer will be aware of the fascinating past beneath their feet.

For more information on The Harlyn Burial Site please click the pdf link below to view some of
R. Ashington Bullen's book on the subject

HARLYN BAY AND THE DISCOVERIES OF IT'S PREHISTORIC REMAINS